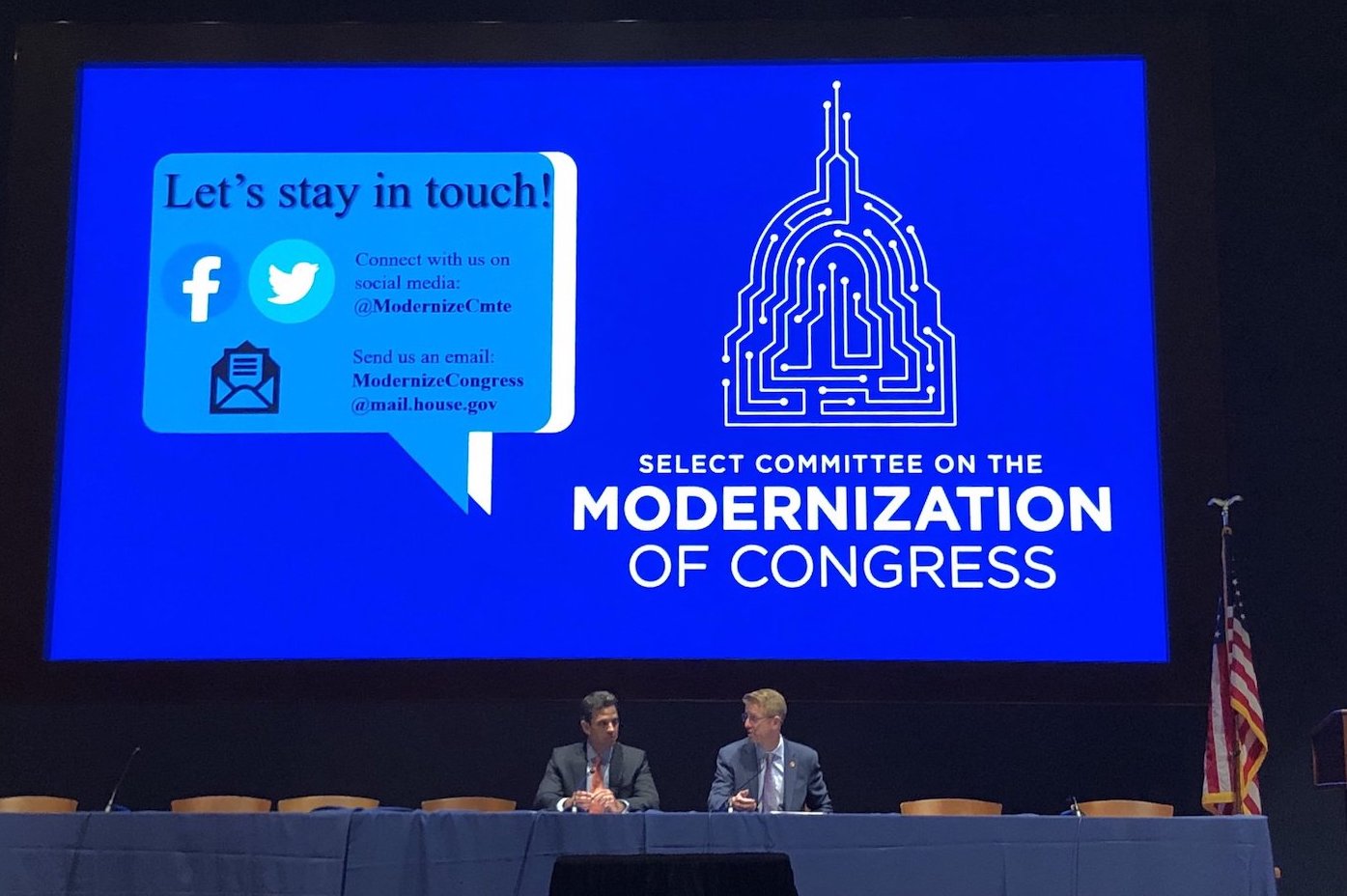 Before I was elected to the U.S. House of Representatives, I was a professor of American Government whose teaching and research focused on the inner workings of Congress. That experience, combined with my 14 plus years in the House, gives me a unique understanding of how the House does and, unfortunately, does not work. Whenever I was teaching, I would always begin each unit on Congress by showing the “I’m Just a Bill” Schoolhouse Rock! video – the famous three-minute cartoon of how a bill becomes a law. “Bill” starts as an idea that comes from a constituent to their representative who writes the bill. “Bill” works his way through the process and eventually becomes a law. Unfortunately, that’s rarely the way Congress works today. If the song was updated today, it would need several more verses explaining the dysfunctionality and how difficult it is for a bill to become a law.

Our Constitution empowered the American people by empowering their representatives in Congress. The Constitution established Congress in Article I, before the executive and judicial branches, because the drafters understood the critical importance of Congress leading in our representative democracy. But the House is now rigged in a way that greatly diminishes Members’ ability to represent our constituents. As a result, Congress often doesn’t work, allowing the president and the courts to grab the power supposed to be held by the American people. If we are to build a better America for future generations this must change. Since 2016, I have introduced legislation with my friend and colleague Rep. Darin LaHood to establish a Joint Committee on the Organization of Congress so that we would have a mechanism to study and enact reform proposals to improve the operations of this institution. I advocated for this Committee because we need a forum to hold up a magnifying glass to Congress and find new ways to empower all Members to participate in the legislative process, debate issues, compromise, advance their ideas and get laws enacted. I was happy to see this call for reform was heeded in the 116thCongress with the creation of the Select Committee on the Modernization of Congress. The Select Committee is making recommendations on a wide range of issues affecting work in Congress – including procedural reform, leadership development, staff recruitment and retention, technology and innovation, and administration, and it gives both parties an equal say in the process of developing the package of reforms. While the Select Committee does not contain all the elements of the legislation we had introduced – notably it doesn’t include Senate reform – this is an important step forward. We can enact these reforms through additional changes to the House Rules to make lawmaking a more “bottom-up” process rather than a process dictated by leadership.

I am a member of the bipartisan House Problem Solvers Caucus and last year we put together a package of Rules reforms to facilitate consensus-driven governing and foster passage of individual member initiatives. Some of our reforms were adopted in the Rules package for the 116thCongress and credit to Speaker Pelosi and Rules Chairman Jim McGovern for working with us on these changes. As a result of this work, any bill that gains co-sponsorship of two-thirds of the House now gets put on a new consensus calendar and bills on this calendar will be considered on the floor on a regular basis. In addition, bipartisan initiatives are now encouraged in the Rules Committee through a protocol that gives priority to amendments with at least 20 Democratic and 20 Republican co-sponsors. These reforms were a start. They marked the first time in decades House rules moved toward empowering rank-and-file members. But we need to go further and we need to be bold. First,we should make the Rules Committee protocol that prioritizes bipartisan amendments a requirement and put it into the House rules. We should also lower the required number of members to 10 or 5 on each side in order to encourage consensus policymaking. This would help open up the process to minority party input and provide justification for eliminating the Motion to Recommit. The Motion to Recommit provides one final opportunity for the House to debate and amend a measure before the Speaker orders the vote on final passage. It is intended to give the minority party an opportunity to shape legislation, but it no longer serves that purpose. It’s become a political device and Congress should eliminate it.

In order to empower rank-and-file members, committees should be empowered. Committees are where members have the most policymaking expertise and where they can have the greatest impact, if committees are allowed to do their work. One way to empower committees is to guarantee floor consideration for any bill that passes a committee. In addition, to make sure that all committees with jurisdiction on a bill have their say, a majority vote in committee should be required to waive jurisdiction on a piece of legislation. The importance of talented staff to every member power cannot be overlooked. Significant cuts to Member Representational Allowances (MRAs) in 2011, 2012, and 2013 have undermined the ability of members to represent their constituents. If a member does not have enough expert staff they lack the ability to develop their own legislation, offer amendments, and make good decisions in representing their constituents. Additionally, we should reestablish the Office of Technology Assessment (OTA), which provided Congress with analysis of scientific and technology issues, but was defunded in 1995.

Finally, many have talked about the lack of collegiality among members because of the lack of opportunities to develop relationships across the aisle. I’d recommend reviving the bipartisan retreat and creating more opportunities for members to travel together or otherwise spend time with colleagues of the other party.

The American people need Congress to work. But unless we institute reforms that open up the policymaking process and empower rank-and-file members, we will simply be spokespeople, not policymakers. We cannot let that happen. We need to reform the House and give power back to the people we represent. Daniel Lipinski serves as the U.S. Representative for Illinois’s Third Congressional District, which includes parts of the southwest side of Chicago, southwest Cook County, and northeastern Will County. Now in his eighth term, Rep. Lipinski has played a leading role on transportation issues, the promotion of American manufacturing, job creation through research and technological innovation, strengthening Buy American laws, restoring fiscal responsibility and honoring America’s veterans and seniors.

Prior to serving in Congress, Rep. Lipinski taught American Government at the college level, including at the University of Notre Dame. He is one of just a dozen trained engineers in the current Congress.